The European Union has pledged to continue supporting the public financial management reform programme under the new grant framework agreement between the Royal Government of Cambodia and the EU.

The remarks were made by H.E. Ms. Carmen MORENO, EU Ambassador to Cambodia, in a meeting here on Nov. 29 with H.E. Aun Pornmoniroth, Deputy Prime Minister and Minister of Economy and Finance.

In the meeting, she lauded the Royal Government’s public financial management model reaching many achievements, stressing that it is the backbone to support other sectoral reforms for successful, sustainable and inclusive socio-economic development, according to a press release of the Ministry of Economy and Finance issued today.

“In the next step, the EU will continue to support the Public Financial Management Reform Programme within the framework of the new Grant Agreement between the Royal Government of Cambodia and the EU,” she said.

For his part, H.E. Aun Pornmoniroth expressed his gratitude to the EU for recognising the efforts of the Royal Government of Cambodia, especially for supporting through both grants and technical assistance for the implementation of the Public Financial Management Reform Programme.

In order to speed up the preparation of the outcome framework for the new grant agreement, he advised the technical working groups of the Royal Government and the EU to start working together as soon as possible.

H.E. Aun Pornmoniroth profoundly thanked the Government and the people of Japan for paying constant attention to and providing development cooperation for Cambodia in almost all fields.

This act reflects the role of Japan as a strategic development partner in contributing to the Royal Government’s efforts to boost Cambodia’s development, underlined the deputy prime minister. 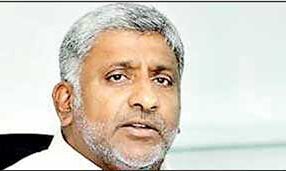