PM: Families are Foundation of Peace and Growth
Digital Payments on the Rise as Cambodians Shift Away from Cash – Visa Study
Cambodia Celebrates Visak Bochea Day after Two Years of Interruption
U.S. tells Southeast Asian leaders it will be in region for ‘generations’
Cambodia, France Appreciate Blossoming Bilateral Cooperation 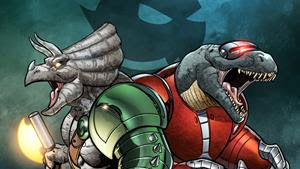 STOCKHOLM, March 17, 2022 (GLOBE NEWSWIRE) — Wasder, a global gamified social microverse for gamers, announced its collaboration with Alien Samurai Dino Warriors – an NFT art collection based on an upcoming comic book novel created by Dimitri “Vegas” Thivaios (of chart-topping EDM duo Dimitri Vegas and Like Mike) under the mentorship of Michael Uslan, originator and executive producer of the Batman movie franchise, and his son, David Uslan, an expert in the animation and graphic novel field.

The series revolves around a group of teen dinosaurs who defend a modern-day Earth through martial arts. The dinosaurs, who follow the code of the Samurai, are armed with glowing weapons that are powered by a mysterious crystal.

Alien Samurai Dino Warriors will be featured on the upcoming Wasder Battlepass in the Game of Wasder, the gamified portion of the social microverse platform. It allows each person to earn rewards for one month only. The game will offer exclusive rewards only available to Wasder users who participate in the Battlepass. Users will then be able to display their rewards/NFTs on their interactive user profiles, a new way of expressing both themselves and their reward stash in the community.

To celebrate the partnership, exclusive NFTs will be “airdropped” to the Wasder and Dino Warrior communities, and users will have a chance to win an interaction with Dimitri and challenge him in a game of his choice. The challenge will be streamed on the Wasder Twitch channel.

“For Wasder, this solidifies exactly what we envisioned our Game of Wasder would be – strong, innovative brands and amazing teams connected to them. I grew up on comic books, and to now be able to present a partnership with Dimitri and his team is full circle for me. Our Battlepass is featured for a full month, and this is our first exclusive feature we are announcing,” says Thomas Gronnevik, CEO of Wasder.

“I think our users will be very happy with the celebratory NFT airdrop we’re doing. The NFTs can of course be shown in our upcoming user profile showroom, together with future features and drops we will do. I also look forward to the streaming challenge with Dimitri and whoever wins the right to challenge him,” he adds.

Also on the Dino Warriors team is comic book writer Erik Burnham (Ghostbusters, Back To The Future, Transformers, A-Team, and Teenage Mutant Ninja Turtles comics) and has artists like Jim Starlin (the creator of Marvel’s Infinity War Thanos and Guardians Of The Galaxy’ Draw & Gamorra ) working on art. Dimitri himself is appearing next summer in the upcoming Jurassic World: Dominion blockbuster, as well as in his first lead role in the European movie ‘Hazard’.

We’re starting to see a huge uptick between the crossing of entertainment and gaming as music artists look to expand their brand and use their creativity in other ways. Alien Samurai Dino Warriors was born from Dimitri Vegas’ childhood passion for comic books and cartoons.

“I had the privilege to grow up in a world of Saturday morning cartoons and stores filled with comic books. My goal is to bring some of that golden age to a new generation of kids and have Dino Warriors claim their place in pop culture history. Looking forward to connecting with the Wasder fans and bringing some awesome content to their Battlepass,” says Dimitri.

Wasder is a global gamified social microverse for gamers with a multitude of tools that solve the biggest challenges they face with approximately 530,000 users. With features like Matchmaking, Communities, Party Chats, Game Spaces, and a personalized feed, it’s easy to both find new friends to play with and to stay in touch and up-to-date with them. The ecosystem is built on blockchain technology, which enables true ownership of in-game items like NFTs, and for players to showcase items from different games and metaverses in their interactive profile. Wasder believes that continuously innovating this ever-growing industry is imperative for its growth. Partnerships with cutting-edge organizations such as Solana, Chainlink and more allow them to stay ahead of the curve.

By providing a framework to millions of gamers, Wasder gives the industry access to what they need — a unified target audience and a framework where their offering makes it easier for users to access quickly. This provides real value to both industry and consumers by strengthening the engagement for everyone involved. By providing this framework, Wasder becomes an authority on everything gaming and a must-be space to be in it.

Alien Samurai Dino Warriors is an entertainment franchise created in 2021 by actor and electronic music artist Dimitri “Vegas” Thivaios. It follows five dinosaur siblings from another reality, trained in bushido and fighting crime in Los Angeles.

The two-time #1 DJ of the world has been building an all-star creative team around the property, including acclaimed producer David Uslan and his renowned father Michael Uslan, the originator and executive producer of the Batman movie franchise from 1989’s Batman by Tim Burton, through to Chris Nolan’s The Dark Knight trilogy, the Oscar-winning The Joker to 2022’s The Batman.

The book will introduce the world to the cornerstones of ASDW mythology and the dinosaur’s first adventures. The concept for Dino Warriors was born from Dimitri’s passion for comic books and is a love letter to the ’80s & ’90s golden age of Saturday Morning Cartoons. Next to his countless global hits and appearing as a character in videogames such as Mortal Kombat 11 and Garena’s Free Fire, Dimitri is set to star in his first lead role in the European action movie HAZARD and the forthcoming blockbuster Jurassic World: Dominion, the final installment of the Jurassic Saga. 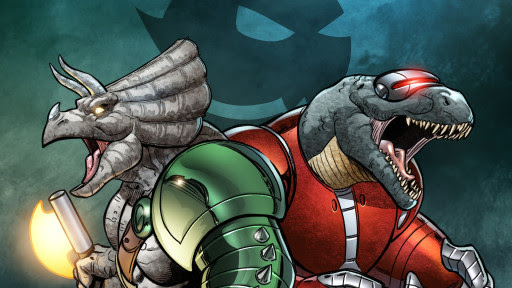 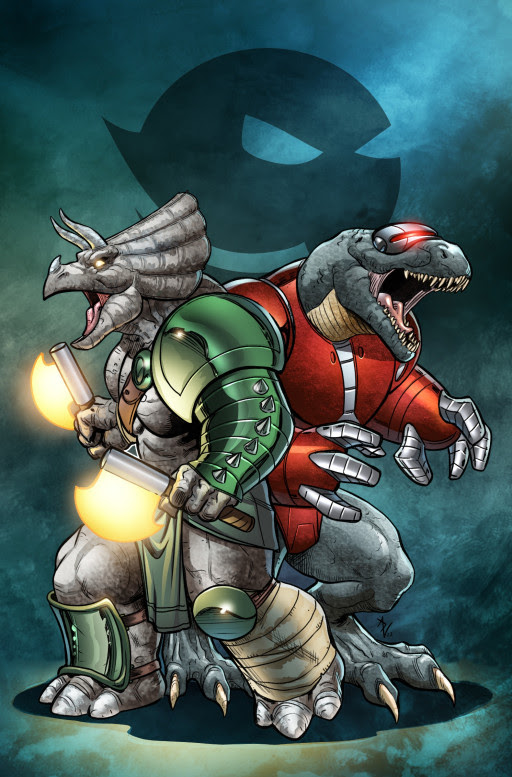