Two school buildings for Grade 1-6 students at Wat Porthisat Primary School in Kandal province, constructed as part of the Government of India’s Quick Impact Project (QIP) Scheme, under the framework of Mekong-Ganga Cooperation, were inaugurated on Oct. 28.

The project would serve the communities residing in Trapaing Veng commune, Kandal Steung district of Kandal province, said the Embassy of India in a press release.

Speaking on the occasion, H.E. Dr. Ing Kantha Phavi thanked the Government of India and Embassy of India for providing grants for construction of the school buildings that will benefit students and the teachers.

Dr. Phavi stated that relationship between Cambodia and India is centuries old and thanked Government of India for these projects, assisting Cambodia in moving forward towards women’s empowerment and gender equality. She underlined that the Royal Government of Cambodia gives high priority to the education, training and human resources development, that will accelerate the process of Cambodia’s vision of becoming a high middle-income country by 2030.

H.E. Minister further said that early childhood education is an important foundation for individual development. She urged the teachers to contribute towards shifting the education from traditional literacy to digital literacy.

Dr. Phavi continued that both countries will continue to cooperate and expand the scope of implementation of QIP.

H.E. Ambassador explained the various development initiatives of the Government of India, carried out in Cambodia, under various bilateral and multilateral frameworks, including under Mekong-Ganga Cooperation framework. This project will lead to improvement in academic performance, sanitation and hygienic learning conditions for the students, higher students and girls enrollment, she stated.

India remain committed to gender equality and currently has taken steps to provide universal primary education as a basic right, she said, adding that India also focuses on Human Resource Development for its own people as well as of partners countries.

H.E. Dr. Devyani Khobragade stressed that the inaugural ceremony of these buildings got added value since the Government of Cambodia has allowed reopening of the schools from Nov. 1, 2021 onwards.

H.E. Ambassador appreciated the Ministry of Women’s Affairs, that is making all round efforts to develop opportunities for women and girls, enabling them to participate in education and economy at all levels. She also expressed her gratitude to H.E. Dr. Ing Kantha Phavi for her personal attention and relentless support in execution of the projects. She further stated that all these steps would lead to women’s empowerment in Cambodia.

After this ceremony, H.E. Dr. Ing Kantha Phavi, Minister of Women’s Affairs and Ambassador visited Kambol Primary school to review the progress of construction of two school buildings with three classroom each for the students from Grade 1-6, undertaken through another two Quick Impact Projects. This project commenced in September 2020 and expected to be completed by April 2022.

Since 2015-16, the Government of India has approved 39 projects in the fields of IT, agriculture, health, sanitation, women’s empowerment, child welfare, rural development, social infrastructure (including capacity building), environment, etc. Out of 39 projects, 21 projects have already been completed and the remaining 18 projects are at various stages of execution. These projects have received overwhelming response and created a distinct and visible impact among the beneficiaries. 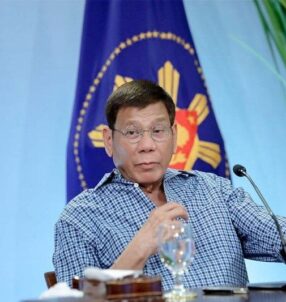