You are here: Home  /  Asean  /  Press Releases  /  The First PHantasticals Come to Life to Raise Awareness of Pulmonary Hypertension

The pharmaceutical company Ferrer and the European Pulmonary Hypertension Association (PHA Europe) have joined forces in the PHantasticals awareness campaign to make people aware of Pulmonary Hypertension (PH), a progressive disease that reduces blood flow and increases pressure in the pulmonary arteries, affecting the heart and lungs. Some forms are rare and can progress rapidly, as well as being debilitating and deadly. 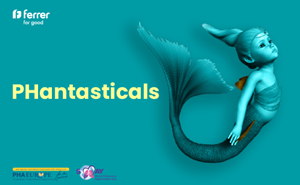 BARCELONA, Spain, May 05, 2022 (GLOBE NEWSWIRE) — Coinciding with World Pulmonary Hypertension (PH) Day, which is celebrated every May 5, Ferrer and the European Pulmonary Hypertension Association – PHA Europe, launch the PHantasticals awareness campaign, an initiative that seeks to raise public awareness about rare and chronic pathologies in the area of pulmonary vascular and interstitial lung diseases and, later, also in the field of neurological disorders.

The campaign features the PHantasticals, rare fantasy creatures that are extraordinary, unique and, of course, fantastic. As well as the characteristics that make them so special, they all have something else in common: they are strong, resilient and often go unnoticed. Just like people who live with rare, severe and debilitating pulmonary vascular and interstitial lung diseases.

In this first phase of the campaign, the mermaids PHoebe, PAHola and PHILipa have come to life, three mythological beings that help create an understanding of what Pulmonary Hypertension (PH) is and what the main differences are between two of its groups: Pulmonary Arterial Hypertension (PAH) and Pulmonary Hypertension due to Interstitial Lung Disease (PH-ILD). Through the website www.phantasticals.com, the mermaids explain the main aspects of the three diseases, emphasizing their low prevalence, their symptoms, the diagnosis and the possible treatments.

In addition, the site includes statements and testimonials from people who live with the illness, so that the general public understands the difficulties they face on a daily basis and the challenges that they, as well as the health systems, have before them. One example is that most people take the ability to breathe for granted, while people living with PH do not.

According to Gergely Meszaros, project manager in PHA Europe, “We need awareness campaigns targeting primary health care professionals to fasten the diagnosis of patients living with pulmonary hypertension, but campaigns addressing the general population are also critical to improve the acceptance and understanding of this sometimes invisible disease.”

The project is part of Ferrer’s mission to provide significant differential value to people suffering from serious illnesses. Thanks to the acquired know-how and expertise, Ferrer’s efforts are focused on developing products in two key therapeutic areas: pulmonary vascular and interstitial lung diseases and neurological disorders.

According to Oscar Pérez, Chief Marketing, Market Access and Business Development Officer at Ferrer, “this campaign is very much aligned with our purpose of making a positive impact in society. People who live with some of the forms of pulmonary hypertension often go unnoticed due to widespread lack of awareness of these pathologies. With projects like Phantasticals, our intention is to help spread the word about pulmonary hypertension and its subtypes, in addition to showing our unwavering commitment to people living with these diseases and their families.”

To participate in the campaign and help raise awareness of pulmonary hypertension, an Instagram filter has also been created with the international symbol of the disease, blue lips. For each photograph published on social networks, including the hashtags #WeBelieveInPHantasticals, #WorldPHDay and #TogetherStronger, one euro will be donated to PHA Europe, one of the patient associations that support the initiative, up to a maximum of €5,000.

The campaign focused on pulmonary hypertension will continue throughout the month of May, both on the website www.phantasticals.com, and through social networks. Later, in the second phase of Phantasticals, scheduled for June, other fantastic creatures will come to life to help raise awareness of neurological disorders. 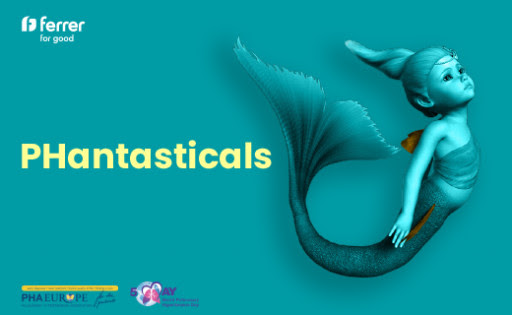