You are here: Home  /  Market  /  Cambodia Stands Ready to Ensure Peace, Prosperity and Cooperation in Asia

This statement was made during the courtesy call with H.E. Kairat SARYBAY, Executive Director of the Conference on Interaction and Confidence Building Measures in Asia (CICA) at the MFAIC here on April 4, according to the ministry’s press release AKP received this morning.

On behalf of H.E. PRAK Sokhonn, Deputy Prime Minister, Minister of Foreign Affairs and International Cooperation, H.E. SOK Soken praised CICA as an effective multilateral platform that promotes cooperation, peace, security and stability in Asia and the world. He also congratulated Kazakhstan on extending its term as a CICA President for 2022-2024 and CICA on its 30th anniversary in 2022. Cambodia had sent fairytales, along with photographs and descriptions from Cambodia’s major ecotourism sites to the CICA Secretariat for publication aimed to illustrate the diversity of Asian rich cultures to celebrate this sublime event.

H.E. SOK Soken, as Cambodia’s Senior Official’s Leader for CICA, reaffirmed Cambodia’s commitment to stand ready to contribute to the CICA process with other Member States to further ensure peace, prosperity and cooperation in Asia.

In response, H.E Kairat SARYBAY thanked Cambodia for its active participation in the CICA process, especially since Cambodia became a member of CICA in 2011. He also congratulated Cambodia on becoming the chairmanship of ASEAN in 2022 and pledged to work more closely with Cambodia to address common challenges in Asia.

Taking that opportunity, the CICA executive director also handed over the official invitation of the President of Kazakhstan to Samdech Akka Moha Sena Padei Techo Hun Sen, Prime Minister of the Kingdom of Cambodia, to attend the 6th CICA Summit to be held on Oct. 12-13, 2022 in Nur-Sultan, Kazakhstan.

H.E. Kairat SARYBAY and the CICA delegation also had separate meetings with H.E. Dr. SOK Siphana, Senior Advisor to the Royal Government and Cambodia Eminent Person for CICA as well as representatives of the Asian Vision Institute, the Cambodia Think Tank for the CICA Think Tank Forum.

The Conference on Interaction and Confidence Building Measures in Asia (CICA) was established on Oct. 5, 1992 under the initiative of former Kazakhstan President H.E. Nursultan NAZARBAYEV with the aims to strengthen security, peace and stability cooperation in Asia through cooperation in the fight against terrorism, the prevention of the spread of Weapons of Mass Destruction and the promotion of cooperation on humanitarian issues. The conference has 27 permanent Member States, 9 observer countries and 5 observer organisations. Cambodia joined CICA on Mar. 1, 2011. 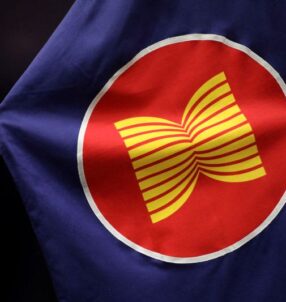