The Altbase Token is to Launch Oct 12 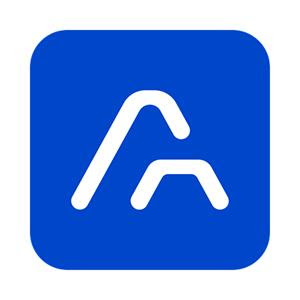 Auckland, New Zealand (October 5, 2021) -Today it has been announced that Altbase Token ($ALTB) will officially launch on the Binance Smart Chain (BSC) at 12 PM PST on October 12th. The launch of the ALTB token coincides with the rebranding efforts of Altbase, which is aimed to create a new identity for the project and its application available on both iOS and Android.

AUCKLAND, New Zealand, Oct. 06, 2021 (GLOBE NEWSWIRE) — Today it has been announced that Altbase Token ($ALTB) will officially launch on the Binance Smart Chain (BSC) at 12 PM PST on October 12th. The launch of the ALTB token coincides with the rebranding efforts of Altbase, which is aimed to create a new identity for the project and its application available on both iOS and Android.

The launch is due to go live on Oct 12th, with a maximum supply of 975 million tokens. Initially, the token will be available on Altbase and PancakeSwap, with additional exchange listings to be announced.

Due to the tokenomics of the previous contract that include a much larger maximum supply, the maximum number of tokens has been reduced at a ratio of 1,000,000/1.

The objective behind the reduction in the maximum supply is to make the token more suitable for an exchange-based product and remove unnecessary barriers for future pairing.

Additionally, there is an allocation of tokens remaining that the development team at Altbase can use to initiate buybacks on the new Altbase token after launch.

The intention behind the migration to the $ALTB token is to allow more options for pairing within the Altbase application and increase synergy between the two product offerings.

With new project listings coming to Altbase, and with some currently unavailable on other exchanges, pairing is important. Having a native token that pairs efficiently with these projects and the volume that they will ultimately bring from their large communities, a sufficient pairing option will also deliver a higher volume to the Altbase token itself.

Until the Oct 12 launch day, buying has been locked. The purpose behind the buy-lock is to protect investors and prevent illegitimate trading until liquidity has been added to the contract. As such, this will be reinstated on Oct 12th.

Due to the lock, buyers will be forced to wait until this date and could lead to increased buying pressure for the 12th.

How To Buy $ALTB

The liquidity is due to be added on launch day, Oct 12th, through PancakeSwap V2, as well as the Altbase app at the same time.

The Altbase application allows buying the new tokens using BNB that can be purchased in-house using a debit or credit card.

Altbase has a range of altcoins to buy, and all tokens within the application are able to be purchased using the same method.

The Next Stage For Altbase?

Altbase is to undergo a marketing drive to coincide with the launch.

Altbase has seen significant achievements with previous token listings, and one notable mention would be the crypto passive income project, Nano Dogecoin.

Many projects are due to be listed during this rebrand phase, with 10 upcoming projects being listed in the very short term. The Octaplex Network and its ecosystem devoted to new crypto coins is the next launch, set to list on Oct 4th.

Altbase.com, the new website for the Altbase brand, will also be going live on Oct 6th. This website update includes a refreshed UI and new product pages dedicated to the projects being listed within the application.

A photo accompanying this announcement is available at https://www.globenewswire.com/NewsRoom/AttachmentNg/f67d3548-15f3-4d34-afcf-2b6b6315b49b. The photo is also available at Newscom, www.newscom.com, and via AP PhotoExpress.